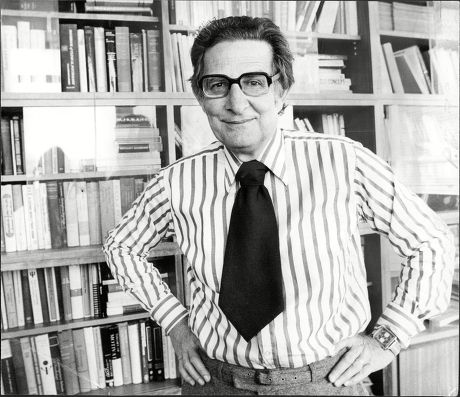 Who was Hans Eysenck

Hans Eysenck was brought into the world in Berlin, Germany on March 4, 1916, during the profundities of World War I. He was raised during the economic and social turmoil that followed Germany’s defeat. Eysenck’s parents were entertainers who divorced when he was only two years old, and he was raised by his grandmother.

His grandmother was killed in a concentration camp by Hitler in the early1940s. Eysenck’s hatred develop against Hitler and gradually he developed left-wing political views. His interest in politics has been lifelong. He was against Hitler’s “murderous regime,” with which he clashed repeatedly.

Eysenck was raised as a Protestant, but he reports that “very early on all my sympathy went to the persecuted Jews and all my hatred to their persecutors. These sympathies led to being labeled a white Jew.

In 1934, when he turned 18, Eysenck refused to join the German military and emigrated to London. He intended to study subatomic physics at the University of London, but he turned to psychology when he was told that he lacked the prerequisites for physics. He reports that he felt “thrown to the wolves. I have become resigned to my fate, but at first, my feelings about psychology as a science were anything complimentary.

Eysenck’s early interest in natural and physical science has continued to characterize his approach to psychology, much as Cattell’s early interest in chemistry profoundly influenced his career in psychology. Eysenck studied with the eminent psychologist, Sir Cyril Burt, but he reports that Burt engaged in “quite abnormal” behavior toward him, both personally and professionally.

Burt was probably the most gifted psychologist of his generation, but he was seriously disturbed psychiatrically. Eysenck received his Ph.D. in 1940, but his status as an “enemy Allen jeopardized his employment prospects.

Through a fortuitous chain of events, he became a research psychologist at the Mill Hill Emergency Hospital, a world  Il psychiatric facility. Eysenck began research there, advocating dimensional analysis rather than categorical analysis into separate diagnostic groups. He also identified the two major dimensions in neurotic patients, extraversion-introversion, and neuroticism-stability, which he subsequently applied to normal people as well.

In addition, Eysenck maintained his interest in behavior therapy. After the war, Eysenck became director of the psychology department in the new Institute of Psychiatry established at Maudsley Hospital, as well as professor of psychology at the University of London.

This is when Eysenck’s research on behavior therapy began in earnest research that led to a “great battle” with me British psychiatric establishment. Under Eysenck’s direction, the department has been a center for clinical training and for research in personality measurement and behavior genetics.

In 1994, Eysenck received the American Psychological Society William James Fellow Award. The citation recognized Eysenck “for the reach of his visionary intellect, for the grasp of his scholarly achievements for his devotion to the fact, and above all for his unflagging courage.”Eysenck has been incredibly productive. His own publication list exceeded 650 by 1981 and his rate of publication has not diminished in more recent years.

The typical extrovert is sociable, likes gathering, has many friends, needs to have people to talk to, and does not like reading or studying by himself. He craves excitement, takes chances, and is generally impulsive. The introvert is a quiet, retiring sort of person. These people are fond of books rather than people who remain reserved except for intimate friends. He tends to plan ahead.