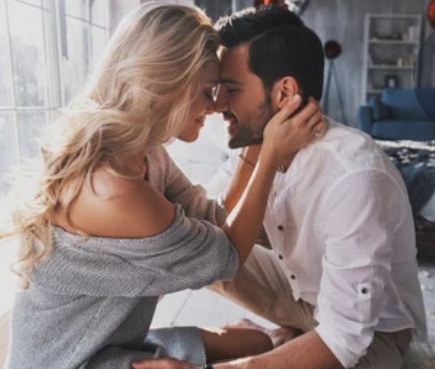 Sex is an essential activity of the human body.  It is necessary for reproduction. One question is asked by many researchers Why sex is important desire for many people? Sex is the primary way to expand the population in every species but there are other reasons that motivate people to have sex.

Our brain patterns are formed from countless generations of evolutions and we are born with certain instincts that lead us to natural behavior. One of this behavior is sex, and that influences a lot of other decisions as well. In ancient times life expectancy was shorter and nature was filled with many threats More offspring means more genetic varieties in the populations.

How many times to have sex each week?

This question is asked all the time and different studies suggest different numbers. Some studies that go floating around that it’s two or three times a week.  According to research, the average Australian couple is having sex 2.4 times a week. It was also found that people want more frequency than their friends if told the number of times.

People are competing to increase the number of times. According to me, there is no magical number per week and I would really encourage you to create the sex life that works for you and your partner, no matter how many times a week that is.

How long can you go without sex?

At the point when somebody doesn’t engage in sexual relations for months or years, they are probably not going to see any bad actual after-effects on their health. One can live a healthy life as a normal person live without sex. But researchers suggest many health benefits of sex.

How to start Sex?

The human body is a strange mechanism for having trouble getting in the mood. Sexologists and psychologists suggest you should start with physical touch by simply hugging your partner or giving each other back rubs can trigger the release of oxytocin which will help get your stress levels down and put you in a better mood.

The second part is communication,  if you aren’t paying attention to your partner, you won’t meet each other’s needs. Most women like older men in relationships, psychologists also find the reason behind it. You can find these on this link.

Relation of sex with Stress

Sex and Stress are deeply interconnected in an odd way. Sex is a powerful stress reliever but if you’re too stressed you don’t want to have sex in the first place. In the year 1950s American researcher Alfred Kinsey found that sex reduced stress and that person who have sex regularly were less anxious and hostile.

Sex has been shown to lower stress-related blood pressure this probably happens because sex triggers the release of oxytocin which works to mitigate the effects of the stress. The hormone cortisol is a natural mood stabilizer.

Oxytocin induces feelings of compassion and makes us feel connected to others. This feeling of connection has been scientifically proven to relieve stress.

Stress activates your body’s fight or flight response which means functions that aren’t necessary for immediate survival are shut off. Unfortunately, this includes your sex wish also. If you’re constantly stressed, your brain assumes that your body is under attack and your cortisol levels spike suppressing sex hormones.

According to research published in social psychology and personality science journal,  stress also contributes to negative body image.  Stress can create barriers in communication between partners making it difficult to start the romance.

Relation of sex with Sleep

Sex also helps you fall asleep and sleep is one of the best stress relievers. According to British researchers, at least 17 percent of women report sleeping better after sex.

Why is sex so important to men?

Air, meals, water, shelter, sleep, clothing—are the most crucial for people according to Maslow’s need hierarchy. Without those, living is even impossible. Some argue that intercourse ought to fall right here as it is so vital to human life. There is a great purpose for that – sex is a primal urge.

It’s far a part of an instinct that drives us, simply because it does another animal or being, to procreate and keep the species. For a few, it courses a whole lot of what they do. I suppose we all have a tendency to experience time periods in which that is the case as properly. It can be high school, college, or even plenty in a while in life.