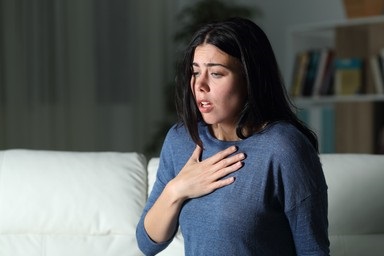 What defines an anxiety disorder?

Anxiety is a psychological disorder. We heard this term frequently from people around us. Anxiety is not a hard term let’s try to understand with this simple example. Let’s say you are going for an interview or for a waiver and just remember what kind of symptoms you experience at that time.

What are 5 symptoms of anxiety?

The physical symptom that you manifest at that time may be butterflies in the stomach, sweating, hearing the heartbeat, you can hear your heart pumping, a lot of high blood pressure. There are so many symptoms of vomiting feeling, stomach ache, headache, and nausea. These are the feelings of anxiety.

It is not a very clear feeling the person doesn’t know why it is happening. It’s the very mixed feeling that is happening and it’s a lot of fear and apprehension. A lot of worries are there but at the same time here it is normal anxiety in a particular situation that evokes this anxiety.

It could be any threatening situation where the normal response of worry and apprehension. The physical symptoms are sweating, palpitations choking feeling, nausea, vomiting, dehydration, diarrhea, sleeplessness. All these feelings are there with anxiety.

Whenever it is at its extreme where it develops into a debilitating problem or a problem that is so incapacitating that we are not able to follow our daily functioning.

What Are The 6 Types Of Anxiety Disorders

Generalized means the anxiety is generally there in all situations this is a prolonged vague fear that has no object. There is no such object or a stimulus to which the anxiety is attached.

Example: It’s a very generally occurring feature which is there in every situation for instance a housewife who is working at home as a homemaker. She is working the whole day starting from the morning sending the children off to sending the husband off, staying at home, or maybe doing something constructive, and then coming down to the evening.

Suppose someday children get late home now there’s a lot of restlessness and a lot of fear.  She experiences a lot of worries is there a lot of hyper-vigilance is there, hypervigilance is scanning the environment for some object of which can create a problem of danger, and also a lot of motor restlessness is there.

Why haven’t the children come on time?

Why have they got late something wrong has might have happened to them?

These are the general thoughts that are there in the mind of the person so this is a generalized anxiety disorder that is normally the first stage after which the other categories are developing.

The second one is called a panic attack. As the name suggests it is a sudden surge in anxiety. It’s like anxiety at its peak now for instance when you’re sitting down to read your question paper. Suppose you start looking at the questions you start getting into the feeling of terror sudden terror where your anxiety is at its peak because the moment the thoughts come:

Phobias are basically different from a normal fear. Suppose you are scared of a particular animal and your friend plays a prank with you and he gets a rubber snake and throws it at you. You’ll obviously, scream and shout because you’ll be scared this is a normal fear but if you are scared of something to the extent that it is so irrational.

It is so exaggerated that you’re not able to follow on your normal daily functioning that is where this becomes an extremely irrational fear different from a normal fear which paralyzes you. Phobia is basically specific and our thoughts were attached to phobia.

There is always a particular object a specific object it could be for instance somebody has a fear extreme paralyzing fear of blood and this particular child the moment he opens up a book which has a red car in it that red color triggers off the phobia now he says I love cars but at the same time the moment I see the red color the blood phobia triggers.

So that is so incapacitating that he’s not even able to look at the color red so this is where the normal functioning gets affected could be animal-related fear also where you’re scared of a particular animal for instance somebody scared of the snake is not able to be in the line of that snake because he’s so much scared that something will happen.

In social phobia, a person is trying to avoid situations. A person is not comfortable being with others being in a party so they normally avoid going out. Let’s say you’re not going out to attend a party or a get-together because you are scared of people you get conscious you don’t know what to talk to them about.

Now here it is not just a normal introverted mechanism or somebody who is shy it is a problem where every situation which is surrounding the people you are uncomfortable there is so much discomfort in the mind that you end up avoiding that particular situation by giving up some excuse that is a social phobia.

The person is not very comfortable with the fear is so much which paralyzes the person feels that something wrong will happen if let’s say the irrational thought that if I get a heart attack in that situation how will I come out now will I open up the door and move out who will help me I’ll be all alone.

Obsessive refers to preoccupation with certain thoughts those thoughts that you’re not able to prevent the inability to stop certain irrational thoughts. Those thoughts are not logical not healthy not going to happen but the pattern of thought is such that it keeps on recurring creating itself and a person not consciously able to stop it even if he knows it is not right.

Compulsion is actually a forceful action that you do so with the thought, there’s behavior the thought was the obsession and the behavior is the compulsion so both of them most of the time happen to go together because the moment is thought there is an impulse to act out that thought also if you do not act out there is this a rational thought that something wrong will happen so it forces you to act out that particular thought which is OCD being preoccupied with certain thoughts and acting out certain behaviors.

What does PTSD do to a person?

Post-traumatic stress disorder is a very common disorder. Most of the time after a particular incident happens for instance tsunami victims they are suffering from PTSD so after a major catastrophe after a major traumatic situation.

For instance, a mother gets to know that her child after the exam had gone out on a highway and despite her telling not that the child not to go he went and then she gets the news that the child is no more because he was driving so fast getting a high enjoying and on the long wrong lane and a truck hit the car and the child died on the spot.

Now, this mother will experience the aspect of PTSD because this trauma is not very easy for the mother to take it’s extremely shocking and because of this shock she goes into the traumatic situation resulting in a disorder called PTSD.

This has symptoms like recurrent dreams it has symptoms of recurrent thoughts the mind is stuck up in that time where she was telling this child not to go because now all those thoughts are in the mind that my child is safe he is fine nothing of this sort has happened this is a denial phase where the person is constantly having recurrent thoughts and scary dreams nightmares after that particular trauma.

So any particular incident happens which is very traumatic it could be a natural calamity or it could be a particular let’s say robbery in the family or some murder that the person experiences all of that leaves a very strong impact on the mind of the person resulting in flashbacks.

Just remember one thing do not try and identify with each and every symptom that we are going to consider some symptoms all of us regularly have but that does not mean that you are having that particular disorder that is one caution and the consideration that you need to remember.

There are many ways to control anxiety.