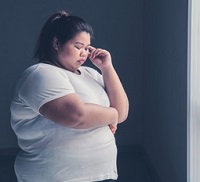 Obesity is defined as being 30 percent or more in excess of one’s appropriate body weight. The prevalence of obesity also varies among different groups. Physical obesity occurs about equally in both sexes, but the psychological perception of being overweight is more common among women. Obesity is a major health hazard.

It contributes to a higher incidence of diabetes, high blood pressure, heart diseases, and even some forms of cancer. Each year millions of people spend billions of dollars on diets, drugs, and even cosmetic surgery to lose weight, obesity is a complex problem that can involve metabolic, nutritional, psychological, and sociological factors.

The stigma attached with Obesity

Obesity can also be a social stigma, as obese people are often perceived as being indulgent and lacking in willpower. They are perceived as lazy and sedimentary by other people. This allegation can be most unfair because, as we will see, in many cases obesity is due to genetic factors rather than overeating. Many countries worldwide are experiencing significant increases in obesity levels within populations.

In Europe obesity is generally lower but in Asia One of the highest rates is within Malaysia, where obesity is considered an epidemic, with roughly 65 percent of adults meeting the criteria of obesity. In America 42 percent of American adults were found obese in the year 2018, a percentage that has more than doubled in the past 20 years. The link between obesity and health problems makes it a pressing societal concern.

Obesity probably is not a single disorder but a variety of disorders that all have fatness as their major symptom. There are many ways to become obese, following are the two major factors that lead to weight gain:

Roughly speaking, people may become obese because they are genetically predisposed to metabolize nutrients into fat, reasons, even if they because don’t eat more than other people (metabolic reasons). Another reason is that they eat too much (for psychological or sociocultural reasons). Both factors may be involved in some cases of obesity, and in other cases, genetics or overeating alone may be the culprit.

For better genetic factors, we should know the process of metabolism in the body. In very simple words metabolism is a chemical reaction in the body that changes food into energy. Several hormones control this chemical process in the body. This process is out of our awareness.

In one experiment, conducted by psychologists 12 pairs of identical twins (all males) agreed to stay in a college dormitory for 100-days. The intent of the experiment was to get the twins to gain weight. Each man ate a diet that contained 1000 extra calories per day. For men, 1000 extra calories are the rough equivalent of eating four very large meals a day, instead of three regular meals. Also, the men’s physical activity was restricted.

They were not allowed to exercise and instead spent much of their time reading, playing sedentary games, and watching television. By the end of the 100 days, all of the men had gained weight, but the amount gained ranged from 9 to 30 pounds.

The fact that the amount of weight gained varied from one pair of twins to another but did not vary within a pair of twins suggests that genetic factors determine how much we gain when we increase our calorie intake. We should not assume that obese people necessarily eat more than non-obese people.

Despite eating roughly the same amount (1000 extra calories), the amount of weight gained by different pairs of twins varied. This difference seems to arise from how their bodies metabolized the extra calories. Some people’s bodies tend to convert a larger proportion of calories into fat stores, and others are likely to burn off the same calories through different metabolic processes, regardless of how much is eaten.

The question may arise in your mind, what are the digestive and metabolic processes that are affected by genes and that mediate weight gain? One answer involves fat cells, where all body fat is stored. There are between 30 billion and 40 billion fat cells in the bodies of most normal adults. The more calories one eats and fails to burn off, the larger existing fat cells become.

Although physiological factors such as fat regulation and metabolic rate are important determinants of body weight, there is no question that overeating can also cause obesity.  The psychological factors that contribute to overeating include the failure to obey a proper diet plan and the effect of stress and anxiety.

Sometimes conscious efforts of dieting backfire. Some people follow dieting plan to reduce weight but they consume more food after stooped dieting. Some people stay obese by going on eating binges after dieting.

An obese man may break a 2-day diet and then overeat so much that he eventually consumes more calories than he would have, had he not dieted at all. Because the diet was a conscious restriction, the breakdown of control is a factor in increased calorie intake.

Effect of anxiety and stress

Research on obese people indicates that any kind of emotional arousal seems to increase food intake in some obese people. In one study, overweight and normal-weight participants saw a different film in each of four sessions. Three of the films aroused various emotions: one was distressing, one amusing, and one sexually arousing.

The fourth film was a boring travelogue. After viewing each of the films, the participants were asked to taste and evaluate different kinds of foods. The obese participant ate significantly more food after viewing any of the arousing films than they did after seeing the travelogue. Normal-weight individuals ate the same amount of food regardless of which film they had seen.

Stress can also, elicit eating more. Stressed people eat more or less and a high diet contributes to obesity. Stress can activate basic brain systems that under some conditions result in overeating.

Eating behavior can lead to obesity. Some people’s body weight is not in agreement with ideal weight. There are two main reasons for obesity one is genetics and the other is overeating.

Genes can contribute to obesity by metabolic rate and fat cells. As for overeating, obese people tend to eat more when they break a diet, eat more in stress and anxiety. The best way to control obesity is establishing a lifestyle change, a change in eating habits, and habitual engagement in exercise.