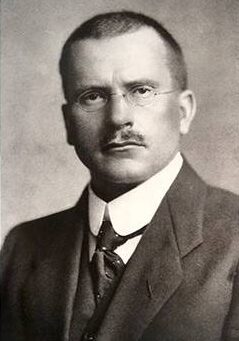 Carl Jung was a Psychiatrist in Zurich. Carl Jung sees the individual personality as the product and container of its ancestral history. He was famous for Archetypes and the collective unconscious concepts.

Carl Jung was born in Kesswyl, Switzerland on 26 July 1875. Jung wanted to become a classical philologist or archeologist. His father was a pastor in the church. He did his medical degree from the University of Basel and later worked in a mental hospital.

Carl Jung developed an interest in the field of medicine and natural sciences. He studied mythology, religion, ancient symbols, rituals, customs, and beliefs of people. In the year 1913, he started his own private practice.

When he read Freud’s first book interpretation of dreams’, he was so impressed by Freud’s ideas and implemented these into his private practice. Relationship between Freud and Jung was so close, as Freud decided Jung as his successor.

Jung was the first president of the International Psychoanalytic Association. In the year 1913, they terminated their personal relationship because of Freud’s much emphasis on sex theories. Carl Jung proposed his own ideas which later known as analytical Psychology. He died on 06 June 1961. Jung devoted much of his time analyzing deep-lying processes of human personality.

Jung Theory and its meaning

Carl Jung proposed that human behavior is conditioned not only by individual and racial history but also by aims and aspirations. He emphasized the unconscious mind and in favor of that our past and future guide our behavior.  Carl Jung sees the individual personality as the product and container of its ancestral history.

Today’s men shaped and molded by the cumulative experience of past generations extending far back into the dim and unknown origins of humans. He was in favor of that individual personality is a result of inner forces acting upon and being acted upon by outer forces.

Collective unconscious is the storeroom of hidden memory that human inherited from ancestral past. This past includes a racial history of humans and their prehuman or animal ancestry as well. All humans beings have more or less the same collective unconscious.

All humans are predisposed to be afraid of dark

snakes because primitive humans encountered many dangers in the dark and were victims of poisonous snakes. These fears still remain in modern humans.

An Archetype is a universal idea that contains a large element of emotion. Archetypes are collections of experiences that deposit in the human mind and remain continuously from generations. Archetypes interpenetrate and interfuse with the collective unconscious.

All archetypes may be thought of as autonomous dynamics systems that can become relatively independent of the rest of the personality, some archetypes have evolved so far as to warrant they are being treated as separate systems within the personality. These are the persona, anima, and animus.

Archetypes of an old man and a wise man blend together to produce the conception of the scholar.

The persona is a mask adopted by the person in response to the demands of social convention and tradition and to his/her own inner archetypal needs. It is the role assigned to one by society. Society expected one to play the role. The purpose of the persona is to make a definite impression upon others and it often conceals the real nature of the person. Persona is like a public personality that a person show to the world.

The shadow archetype consists of the animal instincts that humans inherited in their evolution from lower forms of life. Shadow symbolizes the animal side of human nature.

The Anima and Animus