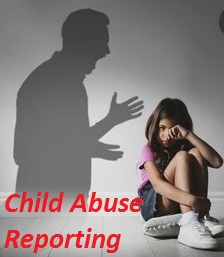 Children are vulnerable to all types of abuse because of their temporary helplessness, dependence on adults and lack of knowledge statistics point out that the reporting of physical/child abuse is only the tip of the iceberg.

In more than 80% of cases, the perpetrators are known to children (relatives, neighbors, etc.) they use many methods such as bribes, threats, emotional blackmails, and physical abuse to keep the child silent.

Teaching children to know about their bodies, body boundaries, and protection from physical abuse is important to prepare them to deal with everyday life e.g. identifying and responding to potentially dangerous situations, preventing abuse, and seeking help.

Awareness and responding to bad touch and identify physical and emotional changes experienced by both boys and girls during puberty. Talking with students about the process of growing up takes courage.

In many societies, people are taught not to talk about intimate things, including our so-called “private parts.” However, experience shows that not talking only leads to more myths and misinformation.

It is also important to remind parents that both the mother and the father play an important role in this stage of their child’s development.

Sensitizing children about good touch and bad touch so that, they are equipped to understand this sensitive issue. Promoting children’s physical, social and emotional health by boosting their powers is the key to preparing them for everyday life, teachers and parents are important role models.

Offenders rarely choose self-confident children because they know that such children will readily stop abuse attempts and report them. Teaching children the difference between safe and unsafe touch will help in identifying, preventing, and stopping abuse.

Ravi was bothered for quite some time because his neighbor Ramlal kaka used to call him at his home and touch him inappropriately. He also used to force Ravi to touch his body.

Ravi didn’t like it at all. Initially, he didn’t tell about this to anyone because Ramlal kaka used to threaten him not to tell anybody. Ravi started feeling very depressed and his performance in school also declined profoundly.

His teacher Anjana didi noticed the change in Ravi. She interacted with Ravi and encouraged him to tell her about the reason for his sadness. He told this incident to Anjana didi.

He was scared but Anjana didi told him that we should always tell such incidents to our elders whom we trust. Ravi’s parents listened to everything very carefully and told Ravi not to feel bothered.

They told him that they will talk to Ramlal Kaka and sort out his problem. They made all the children understand that if they don’t like anybody’s touch then they should clearly say “NO” to it.

Even if the person is very closely related to them. They should always explain such things to their parents. They should never feel scared of such issues. Now Ravi was feeling lighter.

Meena and Ritu were going home after playing. His uncle asked, come to my house. “I will not come” Ritu answered. Uncle said, “I will give both of you lots of chocolates.” Ritu pulled her hand away from Meena saying “I am scared of your uncle. I do not like it when he even touches my hand” saying this, Ritu went home.

Everybody’s touch is not the same. Ritu did not like it when Meena’s uncle held her hand, but she likes to hold her father’s hand.

Explain to the children with ease that nobody has the right to touch their private parts of the body. If anybody tries to do so, they should shout and say ‘No’ to it. They should run away from such a place and explain the episode to their parents/people whom they trust.

What child should do if the person who touches them is bigger and stronger?

Explain to children that in such a situation they can bite his hand, shout, scream, and escape from such a place. Tell them to be careful; if somebody gives them toffees, chocolate, toys, etc., and asks them to get along with them then they should not get tempted to do it.

They should strictly say No’ to it. They should not go to lonely places or alone in a house or building with anybody. If anybody tries to hug or kiss you, in the wrong way then don’t allow them to do so.

If they don’t free you then you should shout or bite at his hand and run away to your parents. Now ask children to sing the following poem with you, with actions and expressions.