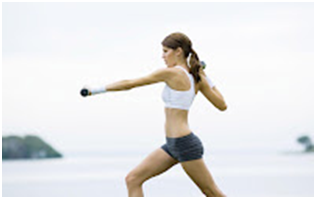 What is skeletal system?

These create an infrastructure that facilitates the other systems. The Adult skeletal system is a network of over 200 bones. They hold the body together give it shape and protect its organs and tissues. The skeleton also provides anchor points for the muscular system, which includes three types of muscles skeletal, smooth, and cardiac. They are found throughout the body and facilitate movement of the body.

Lastly, the nervous system is a communication network of nerve cells that the body uses to transmit information and coordinate bodily functions. It’s comprised of the brain the hub of sensory and intellectual activity the spinal cord and the many cranial and spinal nerves that emanate from them.

This neural connection endocrine glands such as the thyroid are aware of the number of hormones and other chemicals. They need to produce these chemicals are then distributed throughout the body by way of the cardiovascular system.

The cardiovascular and nervous systems are also utilized by the lymphatic system, a collection of lymph nodes and vessels that help regulate the body’s defenses. The immune system lymphatic system uses neural pathways to transmit information.

About affected areas of the body and then sends out healing agents like white blood cells via the bloodstream. Another key, regulatory system is the urinary system, which includes the kidneys ureters bladder, and urethra.

The urinary or renal systemmaintains the body’s electrolyte levels and filters wastes from the blood. This waste is sent through the blood vessels into the kidneys and then expelled as urine.

What is respiratory system?

All of these systems require energy to function and that’s where the respiratory and digestive Systems come in. A respiratory system is a group of passageways and organs that extracts life-giving oxygen from the air we breathe.

Air enters the body through nasal cavities travels down the throat and is then transported to the lung. The lungs extract oxygen for the body to use and then expel a carbon dioxide by-product when we exhale energy.

What is digestive system ?

No matter the roll size or shape of any of the body systems each began with a reproductive system. This system is responsible for creating life. The primary organs involved differ between the sexes with ovaries fallopian tubes the uterus and vagina found in women and testes and a sperm channel found in men together. By Fertilization, a child is born.

Genetics helps us understand the biological programming behind all life forms.  Genetics is the study of heredity. The expression of traits and how they are passed from generation to generation. For thousands of years, humans have observed this inheritance of traits and implemented their knowledge to breed and domesticate plants and animals.

However, the science behind inheritance was only starting to be understood in the mid-19th century. Around 1865, Austrian monk and botanist, Gregor Mendel, published the results of his hybridization studies of pea plants.

In his findings, he noted the role of factors that influence the expression of traits. These factors later became known as genes. Each human has between 20,000 and 25,000 genes. This collection called a genome determines a person’s traits by influencing factors on a cellular level.

Genetic information is stored in every cell’s nucleus. Structures called chromosomes carry this information in the form of deoxyribonucleic acid or DNA.

DNA was discovered by chemist Friedrich Miescher. in the year 1860. He was a Swiss chemist.DNA is a double helix of nucleotides, chemical compounds composed of sugar and phosphate molecules along with the bases thymine, adenine, guanine, and cytosine.

These segments of DNA are called genes and it is within those genes that chemical compounds provide the coding for all information about a person’s inherited traits. Human cells contain so much DNA to carry this large amount of information that if unraveled, the DNA in each cell would be over six feet long.

At the turn of the 21st century, an international effort to decode human DNA was launched called the human genome project, it ended up identifying about 99% of the entire human genetic sequence. Discoveries in genetics research have unearthed tremendous opportunities in medicine such as genetic testing and the manipulation of genes.

DNA is a molecule. It’s a bunch of atoms stuck together. In the case of DNA, these atoms combined to form the shape of a long spiraling ladder sort. Amino acids are tiny little chemicals inside our bodies that are so important they’re often referred to as the building blocks of life. There are about twenty different kinds each with its own unique shape.

Where DNA is found inside the cell?

These proteins that makeup our bodies and keep in mind there are millions of different kinds of proteins they each has to be formed in the perfect shape in order to function if they are the wrong shape they usually won’t work.

DNA does a lot of interesting things some of which we don’t fully understand but one of its main and most well understood functions are to tell amino acids how to line up  and form themselves into the perfect protein shapes in theory.

If the right proteins are built at the right time and in the right place everything else from cells to organs to entire creatures will come out just fine. It shows us that the steps of the ladder are made up of four different kinds of chemicals by different colors and letters.

A ribosome is a protein building machines they the RNA code three letters at a time suck amino acids out of their surroundings stick them together in a chain according to the genetic code as a chain grows it bends, folds, and sticks to itself to form a perfectly shaped protein.

Every three letters of the RNA code tells the ribosome which of the twenty different kinds of amino acids should be added next for example CAA tells the ribosome to grab a glutamine AGU tells it to grab a serine and so on once a protein is built it then goes on to do a number of different things, one of which could be to help form of brand new cell.

DNA is a molecular blueprint for a living thing. DNA creates RNA. RNA creates proteins that go on to form life this entire process as complicated, sophisticated, and magical as it might seem is entirely based on chemistry.