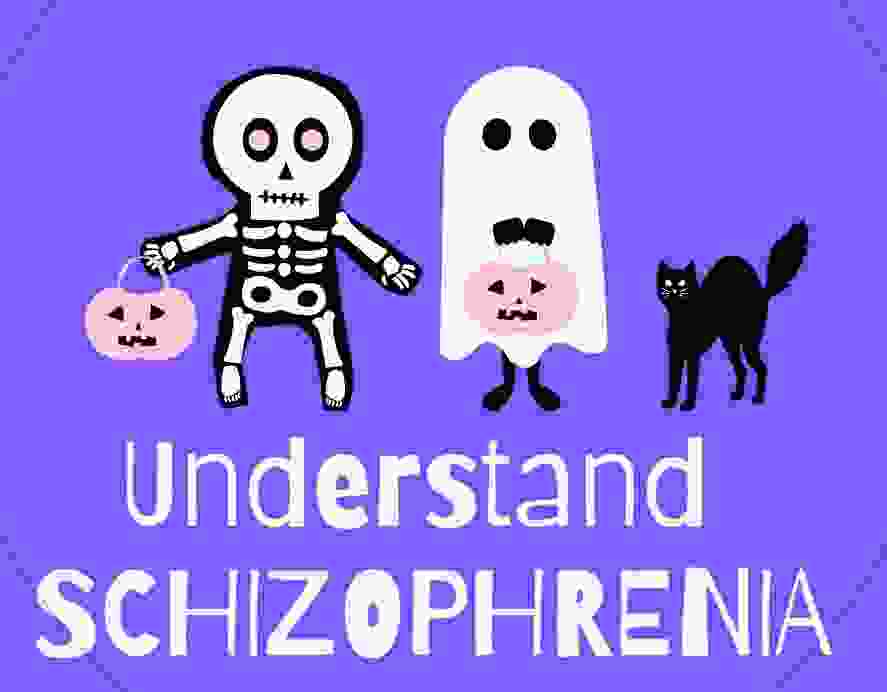 Even though schizophrenia can be interpreted to mean “splitting of the mind”, it does not refer to a split personality, like some media sources, might portray, but rather schizophrenia describes a scattered or fragmented pattern of thinking.

Schizophrenia’s actually a syndrome, meaning there’re all sorts of symptoms that might be associated with it and different patients might experience different symptoms, although the symptoms can be broadly categorized into three major areas: positive symptoms, negative emotions, and cognitive symptoms.

This particular disorder has a split in the mind and it’s known as psychotic disorder. Psychotic refers to a person who is not in touch with reality. This disorder was earlier confused with ghosts and a lot of other paranormal activities but sigh it’s actually a disorder where there’s a total abnormality in terms of thoughts, emotions, communication as well as motor problems

What are the early signs of schizophrenia?

Schizophrenia seems to happen slightly more in men than women with onset in the mid-twenties for men but late-twenties for women, and the clinical signs of schizophrenia are often less severe.

They are scared of where the voices are coming from, so there’s a voice in the brain which is doing a running commentary over something and the person gets scared because nothing of that so there’s no such person whom he can see that is auditory.

Why positive there’s nothing positive about it positive only because it’s a kind of an addition to personality something that was not there earlier it’s an add-on and obviously there’s a chemical change in the brain and therefore it is handled by medication.

Delusion refers to a belief that is very strong, very firm belief but there’s no evidence to substantiate or so it is firmly held a belief on the inadequate ground there’s no evidence, no reality but the person is strongly holding on to that belief.

Formal Thought Disorder: This particular disorder deals with a major incoherence and thoughts when talking to a person who is having some symptoms of schizophrenia, particularly the thought problem.

Weird things schizophrenics do: When asked a particular question to the person and the person answers something else which is totally not related to the question being asked.

So that is one major problem where two people are not able to communicate because the person having the symptoms sudden change of thoughts one after the other the thoughts are changing so the words are also changing and there’s no meaning that the person can give out there.

No meaningful conversation happening or there’s no relevant answer being given, so the person jumps different topics but without giving any relevant answer to what is being asked so suppose you ask this person how are you the person says yeah today’s weather is very good or you ask the person where are you right now?

So it’s inappropriate what is expected in the particular situation is not happening flat effect here refers to no emotion at all their face will not really have any expression you cannot really read through what they are going through right now.

Schizophrenic people are not socially very responsive they are living in their own world they’re in the world of dreams and daydreaming and fantasy something that they are in which is not accessible to the other persons. The other person is not able to get into their world and understand what they are going through or talk to them.

In motor abnormalities a person either is excessively quiet so either the person is totally unresponsive it is called mutism or the person is in excess activity so pacing around talking fast which is again not very meaningful and coherent.

For instance, a person is sitting and is saying that if I remove my hand there’s a war going on right now on the hand that I’m supporting if I tilt it the people are going to shift and die so this kind of aspect of psychomotor abnormality.

Where these people maintain a particular posture for a very long duration we call it catatonia this term is catatonia for the motor abnormality any kind of excess or totally absent. Stupor as the term suggests is totally motionless the person you keep talking to the person is just maintaining a particular posture weight or a very different gesture which is very unusual very bizarre. This is stupor it’s like a stone-like posture of motionless posture a person maintains.

What is Undifferentiated Schizophrenia?

What is Scatter Tanya Schizophrenia?

Basically the motor abnormality along with which there is not much of a speech-related aspect but more in terms of the motor symptoms and also can be a speech as well as the expression or in terms of the emotions.

What is schizophrenia paranoia?

Paranoid schizophrenia as such deals with a very suspicious tendency of a person where a person feels doubts everybody doubts everything. Let’s say a person is a man is talking to somebody and the wife feels that he is having an extramarital affair that’s the extent to which the suspicion is which is not actually happening.

So she supposes a person is talking to anybody randomly and the wife feels there is a problem so that is the extent to be the suspicion or the doubt is that is paranoid schizophrenia here they can be major hallucinations and delusions well not much of speech normality but majorly there is a problem with the organization of hallucination and delusion.

What is Residual Schizophrenia?

It covers the aspect of disorganized schizophrenia residual refers to the leftover symptoms so once the person has had an episode of schizophrenia and the symptoms which are left out, particularly the negative symptoms are known as residual schizophrenia.

What Is Disorganized Schizophrenia?

What are 3 positive symptoms of schizophrenia?

Delusion, Hallucination and third is a formal thought disorder.

How Schizophrenia is treated?

Treating schizophrenia can be really tricky, and antipsychotic medications are often used, but it’s super important to combine the efforts of several clinicians and health professionals, including professionals in therapy or counseling, medicine, and psychopharmacology.

Antipsychotics can be very effective at reducing symptoms, but they often come to a lot of additional considerations to keep in mind, like cost and the potential for unwanted side effects like tolerance, dependence, and withdrawal. These symptoms risk factors treatment.

What are the causes of schizophrenia?

We don’t really know, since it seems like the signs and symptoms of schizophrenia are pretty unique to humans, or at least they’re hard to imagine or notice in animal models like mice or rats. One clue is that the majority of antipsychotic medications that improve schizophrenia symptoms block the dopamine receptor D2, which reduces dopamine levels in neurons.

This suggests that maybe schizophrenia has something to do with increased levels of dopamine. These medications, though, are neither universally nor completely effective and don’t work for everyone with schizophrenia, which adds to the confusion and means there’s probably more to it than just the D2 receptors.

Interestingly one of the most effective antipsychotic drugs, clozapine, is a weak D2 antagonist, suggesting that other neurotransmitter systems like norepinephrine, serotonin, and GABA are involved. Twin studies have shown support for a genetic basis as well, even though there haven’t been any specific genes conclusively linked to schizophrenia yet. Also, environmental factors, like early or prenatal exposure to infection, and certain autoimmune disorders like Celia disease have been linked with schizophrenia.

Does schizophrenia cause hallucinations?

Hallucination is also a different kind although but then auditory and visual have the most researched and auditory occurs the most along with visual-auditory. Auditory refers to something that people hear that is not really happening in real people here are two people talking.

Tactile hallucination refers to touch so some somebody is feeling burning and tingling sensation in the body which is not resulting because of any physical change or any sensory change that is a tactile hallucination. A person feels that snake is crawling in the stomach that’s a somatic dealing with the body. There are visuals people see colors and different kinds of images that actually don’t exist.