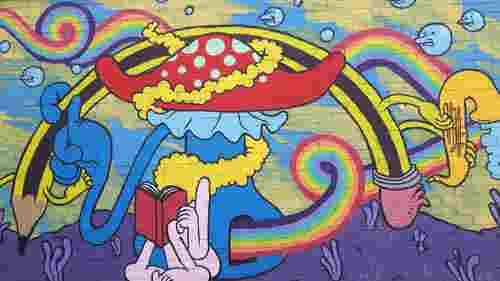 Schizophrenia means split mind. It is a group of psychological disorders that produce disordered thinking, perception, emotion, and behavior. Schizophrenia is about twice as prevalent as Alzheimer’s disease. Schizophrenia symptoms include both negative and positive symptoms.

Schizophrenia onset ages: Schizophrenia hits late in teen life, and especially in the 20s and 30s, for males. It can also strike anywhere through even up to 90s, people are suddenly showing schizophrenic symptoms. But most commonly it strikes between 20 years and 40 years when men seem to really show the symptoms, or when the symptoms emerge.

For women first of all it’s not as prevalent especially early in life. And it rises a little later. It hits more in the 40s to 50s. But in later years it’s more common for women than males.

Schizophrenia symptoms include both positive and negative symptoms. Positive symptoms are those which schizophrenic experiences but normal people do not.

The predominant schizophrenia symptoms are hallucinations and especially auditory hallucinations. A schizophrenic person hears voices, which is what they usually report, and they hear these voices as though they were coming from real individuals around them.

It was found a schizophrenic person taking in a room with someone but in reality, no one was there. So they hear voices from imaginary sources.

Other schizophrenia symptoms are delusions of persecution. Schizophrenics will feel like people are trying to get them. They think people are watching them. So they see things and connect them into some sort of internal fantasy. But then they believe this fantasy as if it were things they’ve actually experienced. So they can’t discriminate that internal fantasy from the external reality.

Other forms of delusions include delusions of control where the person might feel that the voice isn’t just speaking to them, but it can actually control them in some way. Another delusion is a delusion of grandeur, a feeling like you are a very important person and a really important job to do.

The person thought he is an important historical figure and angels have chosen them. They thought they have some important role to play. These are the delusions of grandeur.

What are the negative symptoms of schizophrenia?

They tend to be pretty even keel, but again sometimes with this urgency or this intensity. They tend to lack energy. They have an inability to make and keep friends.

Why it is hard to treat a schizophrenic patient?

Medicine can wipe out the positive symptoms. The person stops hearing the hallucinations, and stop feeling this disordered thought, but they also feel kind of dumb. They feel like they no longer see these connections that they used to see. And they thought ‘I’m not going to take these drugs anymore I prefer to be this person who sees things.

Disorganized schizophrenic is more heavily weighted on the negative symptoms than the positives. So patients have disorganized speech, disorganized behavior, flat, inappropriate effect. People who suffered from Catatonic schizophrenia show really odd motor behaviors. They will pose, stop somewhere, and they will adopt some posture for hours.

Residual schizophrenic is a mix of positive and negative symptoms. If we give them antipsychotic drugs, the positive symptoms disappear and they’re left disorganized. Reactive schizophrenic symptoms emerge suddenly and are usually related to some stress in life.

What are the causes of schizophrenia?

A child of two schizophrenic parents has a 40% chance. If one of the brothers or sisters is a schizophrenic lesser chance will be there. An identical twin has a 60% chance. If uncles and aunts or nieces or nephews or grandchildren or half-brothers are schizophrenic then, there’s still a risk.