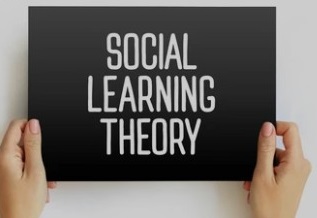 Albert bandura redefined the traditional definition of reinforcement. He proposed when people observe the outcome of their behavior they develop hypotheses about the likely consequences of producing that behavior in the future.

This information serves as a guide for subsequent behavior. Reinforcement will provide information about what a person must do in order to secure the desired outcome and avoid punishment. Reinforcement can only occur when a person is aware of the contingencies and anticipates that they will apply to future behavior.

Albert bandura proposes that a fundamental way by which humans acquired skills and behavior is by observing the behavior of others. Albert bandura’s social learning theory includes the principle of observational learning, reciprocal mechanism, self-observation, and self-efficacy.

Albert bandura proposes that humans learned behavior by observing the behavior of others. This observance is consist of four processes. These processes are attention, retention, production, and motivation.

People cannot learn anything unless they pay attention to model behavior. We are most likely to pay attention to behaviors that are simple and promise to have some fun functional value functional. When a person notices behave your father his knowledge base and current orientation are influenced by the model.

The characteristics of both model and observer jointly determine what will occur. Children are more likely to imitate or copy inform parents than cool. This is the first process in social learning theory.

Behavior cannot be reproduced unless we have remembered it by coding it in symbolic form. Retention of observed behavior mainly depends on mental images and verbal representations. Memory can be enhanced by the organization of material and by rehearsal will stop the material or information which is retained is often transformed into some existing knowledge would expectation.

The learner must be able to reproduce the behavior that has been observed the absurd behavior will enact with the help of skills and abilities trial and error practice and feedback all contribute to the translation of knowledge into actions.

Albert bandura’s social learning theory focuses between difference acquisition and performance because many times we see people not enact everything dirty to learn. A learned behavior will come into force if that behavior leads directly to the desired outcome.

Self Efficacy in social learning theory

Albert bandura proposed at cognitive processes like thinking and remembering to play a critical role in acquisition. According to Albert bandura what creates a problem for the individual who is suffering from fearful behavior is the belief that he or she is unable to cope successfully with the situation.

The self-appraisals are produced through the operation of two components set for the individual to render an evolution of behavior. Extensive evidence indicates that self even with acquired observing others.

In the social learning theory Albert bandura’s observer model who said either a high or a low standard of achievement for self-reward. Letter observation of the children performing the same task showed that those exposed to the model with low standard rewarded themselves more than those who observed the sticker model.

The summary of social learning theory

Albert bandura’s social learning theory is based on scientific research. In one study which is conducted on three to five years older children, a film in which adults engaged in aggressive behavior such as punching a large inflated Bobo doll and hitting with the day mallet.

The actor also made comments to ensure that the behavior was modeled novel, some children observed the adult being punished for the behavior, in other conditions the adult was rewarded, and in a third condition there were no consequences for the model.

Boys and girls both showed this effect but girls, in general, should be less aggressive. This research demonstrates that aggressive behavior can be acquired through modeling. The children learn new aggressive behavior in all conditions and negative consequences for the model lead to the supersession of what had been learned. Behavior can be learned through observation regardless of the consequences for the model.