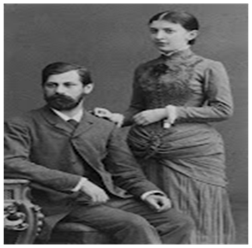 Sigmund Freud was born in the Austrian (Moravia ) on May 6, 1856. When he was young he decided to be a scientist. His father Jacob Freud was a wool merchant and his mother Amalia Nathanson had three children. Freud’s family moved to Vienna when Freud was 04 years old. Freud spends most of his life in Vienna.

After graduation, he started exploring human knowledge and experience. To improve his knowledge he studied for a year with a French psychiatrist Jean Charcot, who was using hypnosis in the treatment of hysteria. When Freud tried hypnosis, he was not pretty much impressed with this technique, So he left Jaen Charcot and joined Josef Breuer.

Josef devised a method in which the patient was cured of symptoms by just talking about them. Josef and Freud worked for a long time and parted over the importance of the sexual factors in hysteria. Sigmund Freud put too much emphasis on the sexual origins of a client and he was rude to accept another person’s viewpoint.

What were Sigmund Freud’s contributions to psychology

Freud wrote revolutionary books in the field of psychology. He was the first person who popularizes psychological intervention and therapies among people.

The famous book by Sigmund Freud

He proposed the theory of psychoanalysis. Before understanding his theory we need to understand systems of mind.

This system communicates with the outside world and the inner self with thoughts speech, writing, physical movement, and pictures. It works on logic and reasoning. We are consistently aware of the conscious mind.

The most important unconscious mind is the storehouse of all memories and past experiences, both those that have been repressed through trauma and those that have simply been consciously forgotten and are no longer important to us. . It includes our beliefs, attitudes, habits, behavior patterns.

Sigmund Freud proposes human personality is made up of three systems. These are id, ego, and superego. Human behavior is always the product of interaction among all these systems. Id, ego, and superego are continuously interacting with each other and our behavior will be the result. Let us know each system one by one with their details as proposed by Freud:

It consists of everything that is inherited and present at birth. The id represents the inner world of humans and it has no knowledge about the world’s reality. That is why Freud called it ‘true psychic reality. The id function is to discharge the tension immediately and return a person to low energy and comfortable state. It operates on the ‘pleasure principle.

The ego obeys the reality principle and the aim of this principle is to prevent the discharge of tension until an object is appropriate. This principle asks in effect whether an experience is true or false. The ego is the executive part of personality because it controls the gateway of all of our actions. Its role is o mediate between inner requirements and the surrounding environment.

The superego is a moral arm of personality, it represents an ideal character. Superego is to decide whether something is right or wrong with the moral standards of society.

Sigmund Freud’s contributions to psychology are never forgotten but no other psychological theory has been subjected to criticism as his psychoanalysis. Freud’s psychoanalysis has been attached by many psychologists and Freud remained the center of criticism throughout his life.

Freudian theory has been criticized as being too focused on sexuality. Major criticism and shortcoming in psychoanalysis were empirical procedures by which Freud validated his hypothesis. His theory was deficient in providing a set of relational rules by which any relationship could be established.

What is Sigmund Freud’s theory of dreams?

According to Freud people dreamed for a reason. He said dreams are the royal road to the unconscious. Dreams were fueled by a person’s wishes. Sigmund Freud proposed that by analyzing our dreams and memories, we can understand the unconscious mind of a person. Freud was a vigilant observer and did an interpretation of dreams.

What is Instinct according to Sigmund Freud?

An instinct is defined as an inborn psychological representation of inner excitation. All the instincts taken together constitute the sum of total psychic energy available to personality.

Was Sigmund Freud a psychologist?

No Sigmund Freud was not a psychologist. Sigmund Freud entered the medical school of Vienna and got a medical degree in 1881 after 08 years. When he was in college his research focused on neurobiology. His interest in neurology caused him to specialize in nervous disorders.  Freud enters into private practice and began treating neurological disorders. As a young man, he decided that he would be a scientist. But his theory includes psychological theories.

In the year 1882 Freud married Martha Bernays and they have blessed with six children. During the second world war, Freud fled Austria. He died on 23 Sep 1939 after committing suicide.