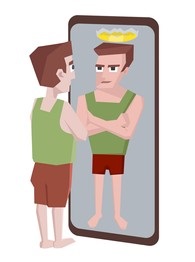 What is the Delusion of Grandeur?

It can be diagnosed by a mental health professional by looking at the person’s history and symptoms. The treatment for the delusion of grandeur typically involves medication and therapy.

12 Facts about Delusion of Grandeur

How is it Diagnosed?

Delusion of Grandeur is diagnosed through a forensic psychiatric evaluation, which will look for signs of grandiose thinking, and unusual beliefs. The symptoms can include feelings of self-importance, excessive vanity, and a sense that one is better than others.

The average lifespan for people with delusions of grandeur is about 15 years. It is considered a serious mental disorder and can lead to social isolation and problems with the job. In schizophrenia, delusion is a positive symptom.

What is the Treatment for Delusion of Grandeur?

The treatment for the delusion of grandeur typically involves medication and therapy. Medications can help to reduce the symptoms of the disorder, while therapy can help to change the person’s thoughts and habits related to the delusion.

Is delusional a mental illness?

Delusion of grandeur is a mental illness characterized by an exaggerated sense of self-importance, often coupled with a false belief that one is famous or powerful.

While the condition is not formally recognized by the Diagnostic and Statistical Manual of Mental Disorders (DSM), it is considered a form of delusional disorder. In some cases, people with delusions of grandeur may believe they are above the law or are divinely chosen.

Other Types of Delusion

There’s no bill actual even happening about it but the person is very strong holding on to this belief the system that somebody is after him, they are following him they are spying on him they are about to kill him and therefore he needs protection that’s persecution they are ready out to persecute.

It means that a schizophrenia person attaches a very personal meaning to anything which is irrelevant. Something which is neutral environmentally they attach a very strong personal reference. For instance in event of a tsunami let’s say a person says that tsunami has come just so that it can harm or it can spoil my vacation so that’s a delusion of reference.

It refers to the fact that there’s a chip planted in a person’s brain and somebody outside some alien is controlling his brain that is a delusion of control. The person feels it others are out there to get and control him.