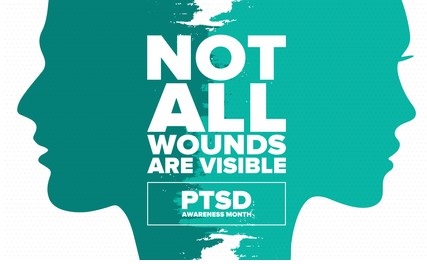 The trauma may be any kind of life-threatening event such as the war between countries, military operations, sexual assault, terrorism, or natural disasters. Symptoms of PTSD can vary depending on how people react to the event.

A person has experienced or witnessed a traumatic event that has caused intense fear, helplessness, or horror -The event is persistently re-experienced in one or more significant aspects of the person’s life. PTSD can be diagnosed when someone has any three of the following symptoms:

The diagnosis is made by a doctor after a thorough evaluation. Each person who experiences a traumatic event will experience it in a unique way, and the diagnosis of PTSD will be based on the individual’s symptoms and history.

The causes of post-traumatic stress disorder are generally traumatic events. This can incorporate any sort of injury, with the most well-known being war and savagery. PTSD is caused by a traumatic event, which can be anything from a car crash to a military combat deployment.

The event can cause intense fear, anxiety, and memories that stay with the person long after the event is over. The symptoms must be significant enough to interfere with the person’s daily life.

Recently Russian invasion of Ukraine caused an environment of fear makes a lot of people homeless, victims of war, resulting in traumatic events. Post-Traumatic Stress Disorder in Ukraine is due to the recent Russian invasion. PTSD is a mental disorder that can occur in people who have experienced intense trauma.

Although post-traumatic stress disorder (PTSD) is most often associated with military personnel, it can happen to civilians too. Children who have experienced trauma or abuse and showing symptoms of PTSD must be reported to psychologists, who will screen the child based on symptoms.

Post-traumatic stress disorder can be difficult to diagnose because the person doesn’t always show symptoms. Sometimes the symptoms lie dormant for years while other times they are triggered by specific events.

PTSD is also common in children because they may have experienced a traumatic event in their life. Some people also develop PTSD from childhood abuse or neglect.

Psychologist mainly focuses on relieving the symptoms and assisting the client to cope with the trauma. Treatment may include therapy, medication, and self-care techniques. Some people may develop PTSD because they are more likely to have a strong reaction to fear or horror.

Traumatic events contain stressful memories and dealing with these memories is were too painful to deal with. There is no one-size-fits-all answer to this question, as the best treatment plan for PTSD will vary depending on the individual’s symptoms and history. However, some common treatments include medication, therapy, support groups, and self-care techniques.

Treatment may include therapy or counseling, medicine, or a combination of both is prescribed. Common PTSD therapies include:

Cognitive processing therapy (CPT) – This is a type of talk therapy that is specially developed to treat PTSD. In this therapy, stressful thoughts are changed by talk therapy.

Prolonged exposure therapy (PET) — Another form of talk therapy. The therapist helps the client to talk about the event slowly over time. Over time, the therapist will guide you through difficult feelings and memories associated with the traumatic event. Stressful memories become less sensitive by confronting the trauma.

Eye movement desensitization and reprocessing therapy (EMDR) — The third type of PTSD therapy is EMDR. During EMDR, the client will be asked to remember and talk about the trauma while also focusing on a specific visual item (therapist’s hand) or listening to a specific sound (beeps.)

Medicines — May include antidepressants and anti-anxiety medicine.

Treatments are unique to the individual and their traumatic experience; can last weeks, months, or longer; and are not the same for everyone. Treatments that work for one person might not work for another diagnosed with PTSD.

How to deal with the emotional and psychological effects of PTSD

If you’re dealing with post-traumatic stress disorder (PTSD), one of the first things that you need to do is talk about what happened. This will be difficult because it may bring up painful memories or emotions. But many people say that coping mechanisms like self-help books, counseling, or even art therapy can help them work on their thoughts and feelings related to these experiences.

Are There any Risk Factors for Developing PTSD?

Notwithstanding, a few factors have been connected to the expanded hazard of treating PTSD. encountering an awful mishap that is especially upsetting or overpowering, having a background marked by psychological well-being issues, being a casualty of physical or sexual maltreatment, and having a family background of PTSD.

Additionally, some personality traits like anxiety disorder, stress, being prone to rumination and worry, and having a low threshold for arousal. may also increase someone’s risk of developing PTSD,

What is the Outlook for People with PTSD?

There is currently no cure or prevention for PTSD. Notwithstanding, many individuals with PTSD see that treatment and treatment assist them with dealing with their indications. The outlook for people with PTSD is generally positive but can vary depending on the person’s individual situation.

What Research is Being Conducted on PTSD?

What Are Some Risk Factors for Developing PTSD?

Risk factors include a history of trauma or abuse, being a soldier being and being a victim of sexual assault. PTSD is mainly found in soldiers who witnessed war, battle, or operation but after the invasion of Russia even an ordinary civilian in Ukraine picked up weapons for self-protection. Deadly war develops Post traumatic stress disorder in Ukraine civilians people also.

How Can I Get Help for PTSD?

If you are experiencing PTSD, there are many resources available to you. You can talk to your doctor or therapist about what resources are available in your area. You can also find resources online.