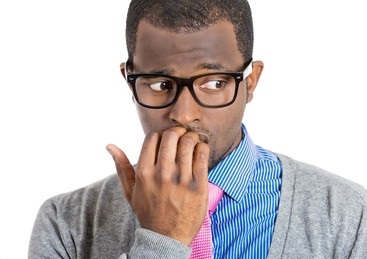 What is a schizoid personality disorder?

A schizoid personality disorder is characterized by detachment and a restricted range of emotions. A person with this disorder remains a loner and they have difficulty forming relationships with other people.

They show no interest in forming relationships so there’s a deficit with communication and social interaction skills but also no desire to use those skills. Individuals with this disorder tend to take jobs that have an isolated component like working alone at night as a security guard. They deliberately choose jobs that don’t involve a lot of social interaction.

What are the Symptoms of Schizoid Personality Disorder?

What is the treatment of Schizoid Personality Disorder?

A lot of times individuals with this disorder do not seek treatment they don’t view themselves as having anything problematic with their effect or thinking or behavior.

There’s some controversy as to whether this is a disorder, given that the individual doesn’t generally have any experience of their symptoms as a disorder. They generally aren’t causing problems for other people as well.

So, these individuals don’t generally come to treatment, because they don’t have any problem with the way that they’re living, and, like with many personality disorders.

What is schizoid personality according to DSM 5?

According to DSM 5, Schizoid personality disorder has no criterion for clinically significant, and a lot of times we see with individuals who have this disorder function fairly well again.

They tend to work in an isolated type job they don’t have a lot of friends they don’t take a lot of pleasure in various activities but that doesn’t mean they’re not functioning many of them work and many of them are productive so it doesn’t really fit in line with a lot of other personality disorders or mental illness.

Patients with personality disorders experience symptoms that are so severe that it affects their social personal or work life. Sometimes individuals with a schizoid personality disorder will have a close relationship with a member of their family but even with the concept of family they just don’t seem to be generally interested in relationships.

Individuals with this disorder don’t move out they don’t get married so they’ll live with their parents or live alone. They also decreased interest in any type of pleasure that can be gained from interpersonal experiences including sexual activity with other people.

A 20-year-old female is brought by her mom for being socially withdrawn for three years. She spends most of her time at school drawing in the art room. While taking her history she reveals that she completed her degree online to avoid interacting with people.

She refused a job that would require her to give presentations frequently. When she is home she stays in her room and focuses on her art projects and declines invitations from her classmates. The patient says she rather just be left alone her exam reveals a flat affect but her thought process was organized and logical.

Schizoid Personality Disorder In The Workplace

The schizoid person will prefer to do a job that doesn’t include much interaction with other people for example a security guard that only works night shifts or a gamer that doesn’t want any social interaction. They just want to be left alone and play games.

Do Schizoids fall in love?

They’ll prefer friendless activities, they won’t seek out any relationships, including their family relationships, and certainly, they will not be actively seeking out romantic relationships. Their most preferred way of existing is completely on their own and engaging in private activities.

Individuals with Schizoid Personality Disorder won’t seek out social interaction, but they also won’t be specifically shunning interaction with other people. It was found that schizoid people fall less in love.

Patients with avoidant personality disorder want social relationships but they are worried about embarrassing themselves they are worried it won’t work out they’re worried people want to like them and they just worry a lot about anything relating to social interactions however they very much desire to have these relationships with other people.

But in schizoid personality disorder, these are people that are alone and they want to stay away and don’t want social relationships. They don’t want sexual relationships and rather do activities that don’t require them to interact with any other people. A person with schizoid also tends to have a very flat affect.